Banja Luka Warriors hosted a rampant Kadikoy Bulls side at Stadium of FK Krajina in the final round of the Balkan Super League’s group stage last weekend. The Warriors were looking to recover from a shut out away to group rivals Novi Beograd in the last match and an improving Bulls side were looking to secure their place in the knock out rounds of the competition, as the only non-Serbian side to proceed from the group stage in this year’s competition. A close first half saw the Bulls enter the sheds 0-6 to the good, after some brutal defence from the hosts and a canny kicking display from the Warrior’s resurgent halves kept the Bulls attack in check. Evidently, the Bulls coaching team had some strong words for the men from Istanbul during the half time break and the second half was an entirely different story. The Bulls left side opened the scoring early in the half with their first completed set of the match. It was a pattern that was to repeat itself throughout the reminder of the game with the Warriors failling to repeat the dominance of possession they enjoyed before the break. The side from Kadikoy demonstrated the importance of conditioning as the game progressed and ran in 26 unanswered points as an exhausted Banja Luka side errors count increased and gave an increasingly clinical opposition time and space to cruise through to the quarter finals. Before the Bulls finished the scoring the home side managed to get on the scoresheet when the halves remembered they were still playing and managed to string a complete set together late on. The game finished with 6-38 for the Bulls.

After the match, the Warriors coach Lenny Gill said: „It was a real pleasure to host the Bulls in Banja Luka. They are a real credit to the growing stature of Turkish Rugby League and we wish them well in the next round. From our perspective we were pleased with the first half and how effective our game plan was our completion rate and the effectiveness of our kicking game, but we just run out of gas as the game progressed. Ultimately the better  conditioned side won. Should be fun at training next week!“ 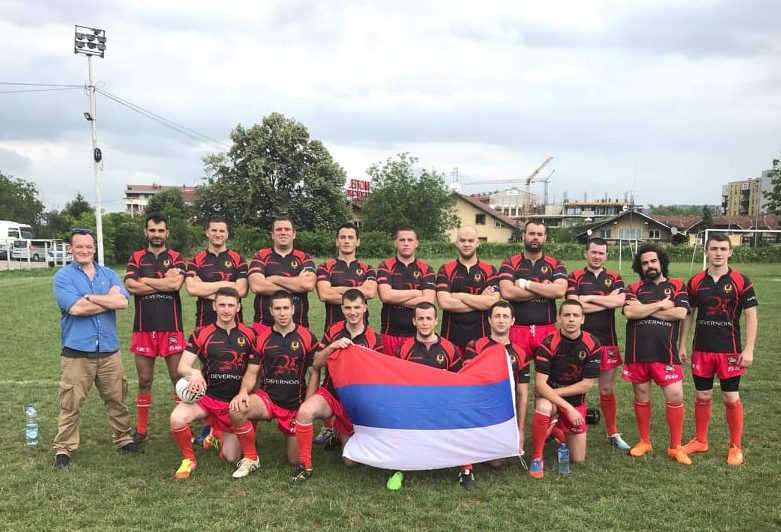